Interested in a custom, come in and demo one.  Or let’s chat about it, shoot us an email.

Wave preference: Prefers cleaner stuff but will still handle onshore chop as long as there is some wall.

A twin fin to replace your thruster! Or at least make smaller days a bit more fun!

Our Rasp is a modern take on the twin fin fish. It’s a performance board at heart with its curvier outline and modern rails but being a twin fin it provides you with insane speed that thrusters just aren’t able to give you. It carries just enough foam through the nose to give you that fishy paddle power but is certainly no slouch when the waves get good. With an upright MR style twin fin you will be able to do anything you can do on your thruster but now with more speed and retro style! And due to its modern design there isn’t the skatey/looseness that is so commonly associated with twin fins.

My 5’6 Rasp has been my daily driver for nearly a year now and i don’t want to get off the thing no matter the conditions. It’s completely replaced my thruster as a board that works in pretty much anything and i don’t think ill be going back any time soon…

So if you are looking for something different to shake up your surfing or just want a performance board that’s a bit less serious and a bit more fun then give a Rasp a go! 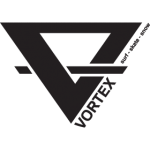